Sepsis Signs And Symptoms Treatment: Sepsis is blood infection that occurs when the body’s immune system produces overwhelming chemical to fight the infection.

Instead of curing it, the vast chemicals released into the bloodstream triggers the inflammation.

Continuous inflammation can cause changes in our body and will surely bring damage to the other organs of the system.

The failure of function of several organs in the system due to Sepsis makes it a life-threatening condition.

According the doctors, anyone can acquire Sepsis. But persons who have weak immune system caused by illness like people with AIDS and HIV are at greater risk.

Sepsis does not choose between ages for it can inflict the very young babies whose immune system is not yet fully established.

Older people are not an exemption on this condition especially those who have other health problems.

As well as people who have been hospitalized or have undergone invasive medical procedure due to the infection of surgical wounds and intravenous lines.

Different bacteria and microbes can cause Sepsis. Commonly it is triggered by an infection in any part of the human body like the lungs, bones, kidneys, gall bladder, liver, and even on the skin. Sepsis can begin to any part in the body once it is infected by bacteria.

Infections that are associated with Sepsis include pneumonia, appendicitis, urinary tract infection (UTI), cholecystitis (an infection in the gall bladder), meningitis, and in some cases even flu can be caused by Sepsis.

A simple cut on the skin can cause major complications like cellulitis (serious bacterial skin infection) that could result to a more serious medical problem. 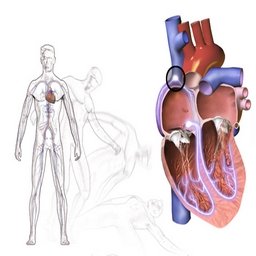 Three stages have been identified with sepsis. First point is sepsis, then severe sepsis and lastly, septic shock. To be diagnosed with sepsis, one must be confirmed with an infection in any part of the body. Sepsis Signs And Symptoms

A high fever above 30.5 C or below 35 C (hypothermia) is also an indication. The respiratory rate is higher than 20 breaths per minute. The heart pumps blood at the higher rate of 90 beats per minute.

Sepsis could turn into severe sepsis if these indications are noticed and the infection starts to affect other organs. There is a sudden drop off platelet count.

There are changes in the mental standing of the patient. The urine output is reduced. There is an abdominal pain and complexity of breathing.

And if the patient experiences the above mentioned symptoms plus a sudden drop of blood pressure (hypotension) which prevents other organs to receive sufficient oxygenated blood, it is now diagnosed as Septic shock.

Early diagnoses of Sepsis can increase the chance of surviving the disease. Depending on the findings of the experts you will receive proper medication.

It may include prescription of antibiotics to kill the bacteria that causes the infection.

Pain killers and sedative may be given to relieve pains. Vasopressor medication may also be applied if the blood pressure remains too low even after receiving intravenous fluid.

Therapy could be applied to people with severe sepsis or they may be brought to the ICU (Intensive Care Unit) for close monitoring.

If needed, doctors will perform surgery to remove all the infection. Sepsis Signs And Symptoms